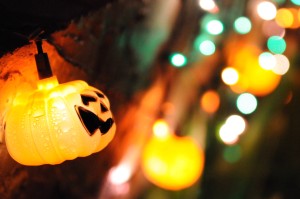 25 Insights on Becoming a Better Writer | The 99 Percent
Jocelyn K. Glei has compiled a great list of insightful snippets from 25 famous authors, from P.D. James and Kurt Vonnegut to Margaret Atwood and Annie Dillard.

Here’s a sample of the quotable wisdom provided, from Cory Doctorow, author of “For The Win”:

Write even when the world is chaotic. You don’t need a cigarette, silence, music, a comfortable chair, or inner peace to write. You just need ten minutes and a writing implement.

The 5 Step Process That Solves Painful Writing Problems
Copyblogger contributor Brian Clark presents a simple regimen for avoiding writer’s block, bloated copy and do-nothing endings. The most surprising part of the system he recommends? Headlines and subheads should be developed before the rest of the body copy – which is rarely the order in which they are developed for magazine articles.

Spend Some Time Living Before You Start Writing | Advice to Writers
Jon Winokur quotes novelist Annie Proulx, who confronts the old saw “write what you know” head-on, saying, “It is the most tiresome and stupid advice that could possibly be given. If we write simply about what we know we never grow. ”

Game Changer | Fast Company
Do games have any place in the training of future journalists? Adam L. Penenberg, a journalism professor at NYU, reports on the improvement in learning retention in his graduate classes after he layered in game mechanics (prizes, walking tour treasure hunts, social media leader boards) to his business and economics course. An intriguing article and interesting reading for anyone following the emerging trend of schools employing simulations and games to stimulate learning.

If “He Said, She Said” Journalism Is Irretrievably Lame, What’s Better?
Jay Rosen, journalism educator and author of Press Think blog, discusses his criticism of a recent NPR investigative series on security at the Mall of America and shares examples of paradigm-busting online publications that insist on fairness but do not hide behind “objectivity” as a way of coming to a well-researched and well-reported conclusion about the facts as a reporter has discovered them.

How to feed your journalism cow
UK journalist Adam Westbrook suggests a number of idea-sparking sources for writers of nonfiction and those in associated genres (filmmaking, photography, design). I’m most interested in exploring Adam’s own Video.fu film library, which focuses on nonfiction films that tackle their topics in a story-based way, and using the crowdfunding site Kickstarter as a source of ideas that their owners are trying to make viable.

Forget the candy, give books for treats this Halloween
Book editor Barbara McNichol shares a link related to the Books for Treats campaign, which aims to replace the candy-begging ritual in American neighborhoods at Halloween with adults giving out books to kids instead of candy. What a great idea!!!

One thought on “Write This Way, Condensed: Top Writing and Editing Links for October 18, 2011”