I did a series last year on how to use the microblogging social media platform Twitter as a writing coach, and realized the other day that this 3-part series fit right in with my continuing “A Writer’s Guide” series. (You can visit the posts I did recently on blogging and podcasting for writers.)

Here are links to each post in the Twitter series, with a quick explanation of what you’ll find there.

Part 1: Learn from Twitter poetry
Why (and how) nonfiction writers can learn about how to write with brevity and meaning by studying the Twitter version of haiku poetry, Twiku.

Part 2: The art of the retweet
A discussion of what content gets shared on Twitter via a “retweet” and what that says about how to write compelling stories.

Is J-school relevant? (#wjchat)
Multimedia journalism educator Mindy McAdams, on her Teaching Online Journalism blog, summarizes a recent Twitter chat she moderated. The chat was organized by WebJournalist.org and discussed the relevance of journalism education in today’s media landscape.

How To Live Tweet A Conference
Mark Stelzner, writing on the Inflexion Advisors blog, offers a compact post full of tips on the right way to live-tweet conference proceedings on Twitter.

From Telegraph to Twitter: The Language of the Short Form
Roy Peter Clark gets into microblogging and writes about it on the Poynter Online – Writing Tools blog. 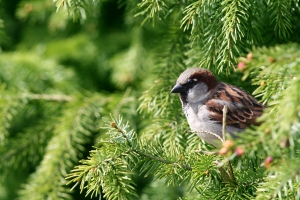 It seems everyone is doing Twitter these days, from Vietnamese Buddhist monk Thich Nhat Hanh to former Arkansas Gov. Mike Huckabee. Microblogging, the art of condensing your thoughts into 140 characters, has hit the mainstream, and many people are wondering what this service, which continuously asks users to post an answer to the question “what are you doing?” is good for.

One thing I strongly believe Twitter is good for is improving the craft and skill of non-fiction writers. I freely admit I am not a “power tweeter” yet (I still haven’t got the hang of the interactivity of Twitter yet), but as an editor, I see many ways in which microblogging can provide opportunities to tune up one’s writing ability.

Less is More
I’ve blogged a bit about this before, and today it’s the main point of my post: non-fiction writers can learn a lot about economy of words through poetry, and one emerging trend in Twitter-land is the popularity of posting poems or lines from existing or potential poems in one’s status line.

The main advantage poets have on Twitter is that they know how to say a lot in very few words, and pack their content with descriptive material that appeals to both the reader’s eye and ear.

Some of my best freelancers have been poets, and I find that poets who write nonfiction tend to be extremely careful and precise with their word choices. Also, along with former advertising copywriters, poets who write for journalistic publications almost never complain about the word count they are assigned—I imagine that after mastering the rigors of poetic structure, meter and rhyme, just having to worry about how many words to use is a snap.

Making your tweets “attractive”
One popular trend in poetry over the past decade has been magnetic poetry kits, and the Twitter Magnets site combines digital renderings of magnetic poem kits with the interactivity of social media. Go to the site, and you’re presented with a set of words and encouraged to move them around on the cyber-fridge to make a poem, which can then be broadcast via Twitter to those following their feed.

While you can choose another set of words to make poems out of, you are limited to using the words and letters presented, and that extra layer of constriction is a great tool for calling forth even more creative effort to make oneself understood.

5/7/5 = the formula for Twitter profundity?
Another poetic form that has built-in restrictions is haiku. Many poetic tweeters have written in the 5-syllable/7-syllable/5-syllable form and made amazingly interesting, compact statements. Here’s one example of what many have come to call “twiku”; and here is a Twitterer bold enough to take the name “Haiku” as his/her handle, who posts mostly funny stuff.

Even writers who work in marketing and other non-journalistic fields recognize the power of Twitter haiku to shape one’s writing for the better. Marty Weintraub, writing on the aimClear Search Marketing blog, posted a couple of months ago about the “imposed brevity” of Twitter and phone texting, and made the haiku comparison:

“It’s nothing short of cultural revolution, as our increasingly plugged-in populace evolves to more succinct communication.  In my opinion this efficiency serves to counter ever-escalating online cacophony … I caught a tweet from respected SEO Michael Gray (@graywolf) which still has me thinking. He tweeted, ‘if you learn to be brief clear and easy to understand Twitter becomes very powerful even with the 140 character limit.’ In the next few minutes as we chatted briefly, he likened the process to skills required to write a Haiku.

“Haiku is an epigrammatic Japanese verse crafted of three short lines with restrictive syllabic syntax. Yet some of the most beautiful poetry on earth flows from within the imposing structural requirements … The core skill necessary for Twitter & texting is brevity. Chatting in bite size chunks forces a writer to eliminate unneeded and voluminous verbosity, a valuable lesson for any artist.” (emphasis in original quote)

Well said. If you want to discuss this Twitter Haiku movement with others, there is even a Facebook group dedicated to it.

Try it yourself
If you have a Twitter account and tweet with any regularity, make it a point this week to post at least one tweet in which you describe your day, your surroundings, or your thoughts about world events in a poetic way. You can try using the haiku syllable formula of 5/7/5 if that suits you, or adapt a more sophisticated poetic meter if you’re familiar with how to do that.

Notice your writing process as you attempt this. How did you decide what to say? How to describe it? What mood or tone to choose?

How might this selection process inform your prose writing?

What does the rise of “snack-size communication” mean for writers? 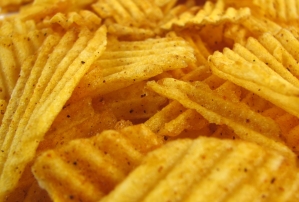 It’s official—texting has supplanted actual conversation on American mobile phones, according to a new Nielsen survey for the second quarter of 2008. According to the survey, U.S. mobile subscribers sent and received 357 text messages per month as compared to only 204 phone calls.

Unless you have been tied to a chair in front of a typewriter somewhere, this news doesn’t come as a shock. Handwritten letters, typewritten manuscripts, even the well-composed e-mail have given way to “snack-sized” messages that can be digested in 10 seconds or less. Phone texting, Facebook status updates and Twitter alerts have reinforced a new word, or rather, character limit on communicators: if you can’t say it in 140 characters, don’t bother.

What does this mean for writers, especially those who shine in long-form works, such as 10,000-word nonfiction narratives, epic poems, or novel-length, um, novels? Reactions are decidedly mixed, so far.

Journalists who find the digital revolution to be an aid and not a threat seem to like Twitter. The New York Times ran an article earlier this year on the growing popularity of reporters “tweeting” via Twitter at live campaign events and a compilation of Twitter statistics shows that public accounts owned by American newspapers are experiencing a growth spurt. Web consultant and journalist Craig Stoltz over at Web 2.0h…Really? (great blog name!) claims Twitter has made him a better editor:

“I’ve been an editor for 20-plus years. But Twitter—that idiot desktop companion for the work-averse—has become my mid-career editing coach. This may be due to how I use Twitter, at least some of the time: Less for top-of-brain me-spatter and more for tiny reports or editorials.

“Fact is, it’s tough to convey any substance in 140 characters. You have to carefully weigh every word, letter and space. Even punctuation.”

On the other hand, poet Robert Peake writes a rather damning (and well-thought-out) indictment of Twitter and other Web 2.0 technologies, especially where the writing of verse is concerned. He asserts, after playing with Twitter for a few days and having it leave him rather cold,

“We care about poetry precisely because it exists outside this frenetic word-space (found in cyberspace). We care about poetry because it represents a kind of necessary antidote to the soul-draining quantification and commoditization of language the information age has brought. All good poems, no matter their style, share this: an enforced attention to language, and some degree of innovation upon it. This runs contrary to the bigger/faster/more pervading everything from network news to the blogosphere.

“….That’s why there will never be a Poetry 2.0. The first version still works fine. And when the new has finally worn off all our technobabble, poetry will still be around.”

However, Tom Watson found poetry in the words of the people he follows on Twitter, often unintentionally:

“This Twitter thing may have legs, but not in the way its founders or a few self-obsessed wired wonksters may think. See, Twitter is a poetry machine.”

He gives as an example the tweets of a friend headed home to comfort his mother after his father has passed away:

Driving down to West Cork used to be a quiet pleasure.
Now it’s a melancholy chore.
Still, the sky is absolutely full of stars.

He also provides several other examples, and a commenter on this 2007 entry also provides a good link to examples of haiku-via-Twitter.

(Another writer whose microblog posts read like poetry is Dave Bonta at The Morning Porch).

Some fiction writers on the Internet have found ways to use Twitter to promote longer works. TwitterLit provides twice-daily tweets of the first lines of novels and other types of literature (memoir, etc.), with an Amazon link for those who want to learn more or (one hopes) buy the book. And tech-savvy English or media history professors may be heartened to learn that Twitter users staged a reenactment of sorts on the 70th anniversary of the radio broadcast of the “War of the Worlds”. No word on if panicked mobile phone users rushed to CNN.com to verify the story.

My take on text-sized communications? While I haven’t used Twitter yet, I have texted for nearly a decade and I would consider microblogging or “liveblogging” an event via Twitter.

I think text-message-sized communications are a double-edged sword. Using tools that enforce the 140-character limit can make you a better editor or poet, learning to choose your words, even punctuation, with much greater care. You can promote great words and links, your own or those of others, with it. It can also reduce your communications to others to your impulsive reactions and meal choices.