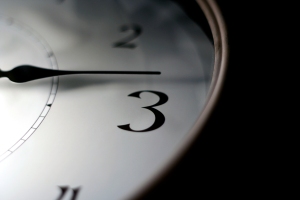 Are You Too Busy to Write? Seven Ways to Blog More Productively — Chris Garrett on New Media
New media expert Chris Garrett discusses strategies for for increasing the quality and frequency of one’s blogging.

Tweeting from beyond the grave
Russell Working, writing on Ragan.com, discusses the phenomenon of biographers, science center publicists and other history-oriented writers “assuming” the identities of long-dead famous people on Twitter, and offers four lessons that the success of such tweeters can provide to other writers.

Your First Draft is Allowed to Suck! | Fuel Your Writing
In this article, fiction writer Icy Sedgwick reminds us all that a first draft is just that, a draft, and gives advice on how to keep that in mind and improve one’s writing.

How a Writer Can Aggravate an Editor
Meryl Evans, a web content maven and digital publishing blogger, discusses a recent e-mail she received from a writer seeking work at an e-publication that had ceased publishing 3 years ago! A great example of what NOT to do when approaching a magazine (online or off)!

7 Steps to Writing Success | The Artist’s Road
Patrick Ross summarizes the wisdom he soaked up at the Association of Writers and Writing Programs 2011 Conference and Bookfair. Steps include “write for yourself,” “build an online community,” and “be open to the wisdom of others.”

How to Write the First Draft – 6 Writing Tips From Writers
Laurie Pawlik-Kienlen, author of the Quips and Tips for Successful Writers blog, shares advice from other writers on how to get words on the page. From “avoid editing” to “write for yourself first,” they’re all great words of advice.

Top Ten Signs of a Writer | Fuel Your Writing
While I might re-title Susan Hart’s post “Top Ten Signs of an Editor,” I have to agree with almost all of her signs. I, too, mentally correct people’s grammar in social settings (#10), freak out over typos on menus, signs or marquees (#9) and get writing ideas approximately every 10 seconds (#5). Very funny and very true post!

The news ecosystem: Finding your niche | #wjchat
This Nov. 3 #wjchat on Twitter, hosted by Robert Hernandez of WebJournalist.org, discusses digital news outlets finding their niche on the Internet and how they handle attribution, criticizing the coverage of other news agencies, etc. Format is a little hard to get used to (since this is an archive of the chat), but worth it. Very interesting conversation and lots of participants worth following!

Telling Stories in Different Mediums (and answering other questions about journalism) | Knight Digital Media Center
Jeremy Rue, a multimedia journalism trainer and instructor at the UC Berkeley Graduate School of Journalism, shares answers to questions posed by a researcher at the University of West Scotland about the impact of multimedia reporting on journalists and journalism today.

8 Creative ways to use RSS feeds | 10,000 Words
Mark Luckie lists creative uses for journalists to make use of RSS technology — everything from creating a book from one’s blog posts (note to self: work on this!) to creating an interactive timeline to having an audio-reader read one’s favorite blogs to them.

In Praise of Zero Drafts

I’ve been told by freelance writers, when I describe to them my approach to writing, that I write like an editor. Perhaps I do.

One time I was comparing notes with one of my writers, and she told me that producing copy is never an issue for her—but she chokes on editing her own work, to the point that she hires an editor friend to polish her work before she submits it for publication. I, on the other hand, typically have to squeeze out my first draft. But once I have something out on paper, I can edit, rearrange and manipulate the content to my heart’s content—even with, or perhaps especially with my own writing, I feel that everything is negotiable once I have a draft to play with.

If you tend to choke on producing early drafts, learning how to write a “zero draft” may be a path out of writer’s block. A zero draft is what you write before you write the rough draft. It’s a no-structure, no-holds-barred, no-one-is-gonna-see-this brain-dump that lets you exorcise the demons (or angels) of this particular story, so you can see what you have and begin structuring your material. It’s the functional equivalent to dumping a box of Legos out on a table to see how many pieces (and what kind) you have before you begin building something.

In their amazing work, “Coaching Writers,” Roy Peter Clark and Don Fry recommend that newsroom editors working with writers who can’t figure out where to begin their stories to write a zero draft in the form of a short note to the editor, describing what information they gathered during their field reporting. The technique gets the focus off wrestling with the structure of the story, and pours it into a format that everyone understands—the personal letter.

For example, “Dear Liz, I went to report at the Democratic National Convention, but got stuck in a five-hour traffic jam. I stepped out of my car and talked to Denver commuters about how the convention is impacting their city. Some people loved it and the money it was bringing in, some people hated how it brought the traffic and city services to a screeching halt, but everyone had an opinion about what a mega-event like this one does to a city the size of Denver. By the time I got to the convention, I felt as if this was the story, and not what was going on at the convention center. Sincerely, A. Writer.”

In just a few sentences, our writer has identified a story line, key points of interest (perhaps useful in the lead or nut graph) and even a bit of a tentative structure (perhaps point-counterpoint, or issue-by-issue debates on the impact of the event?). If he or she had been trying to cook up a great first-person sight-and-sound lead, he/she might have lost track of the other details, or how they would support the flow of the story once their lead anecdote was over.

Another zero draft technique, as I alluded to earlier, is the brain-dump. This could be a list of anecdotes, facts, quotes, descriptions, etc., that you found gripping or which you can’t get out of your head in relation to your story. Do not try to write a lead, a nut graph or transitions that will survive into the rough draft. Just get what you know on paper.

Put your zero draft away long enough to do a load of laundry, mow the yard, drink a beer—whatever—then come back to it. You need time away to let your brain work on the structural part subconsciously. When you’re ready, review your draft, circling repeating patterns, good bits of description or exposition, information that naturally works as a transition, belongs in the lead, etc. You can use your notes on the zero draft to create an outline/mindmap/storyboard for the piece, or you can just refer to it as you do your first real draft—since now have now made your thinking visible, you can sculpt it to serve the needs of your assignment.

Another technique that can get you over the what-to-write hump is known as “scaffolding.” This is useful when you have a pretty good idea what to say but you’re not as sure where to jump into the story. Roy Peter Clark discussed how he used this technique recently to write an article about the late Tim Russert; it’s a great way to acknowledge that your story will change from draft to draft, and to write your way into the story.

Speed Writing: How to Master the Zero Draft: a good introduction to zero drafting from PeakWriting.com.

Ask the Dissertation Diva: Zero Draft Writing: Another take on zero drafts, from the perspective of academic writing.

List Your Main Ideas in a Zero Draft: This brief article, posted at uliveandlearn.com, shows some ways you can use analog paper-based methods to repurpose your zero draft as a story map or visual outline of your work.